Workshop on filing of Annual Returns of GSTR 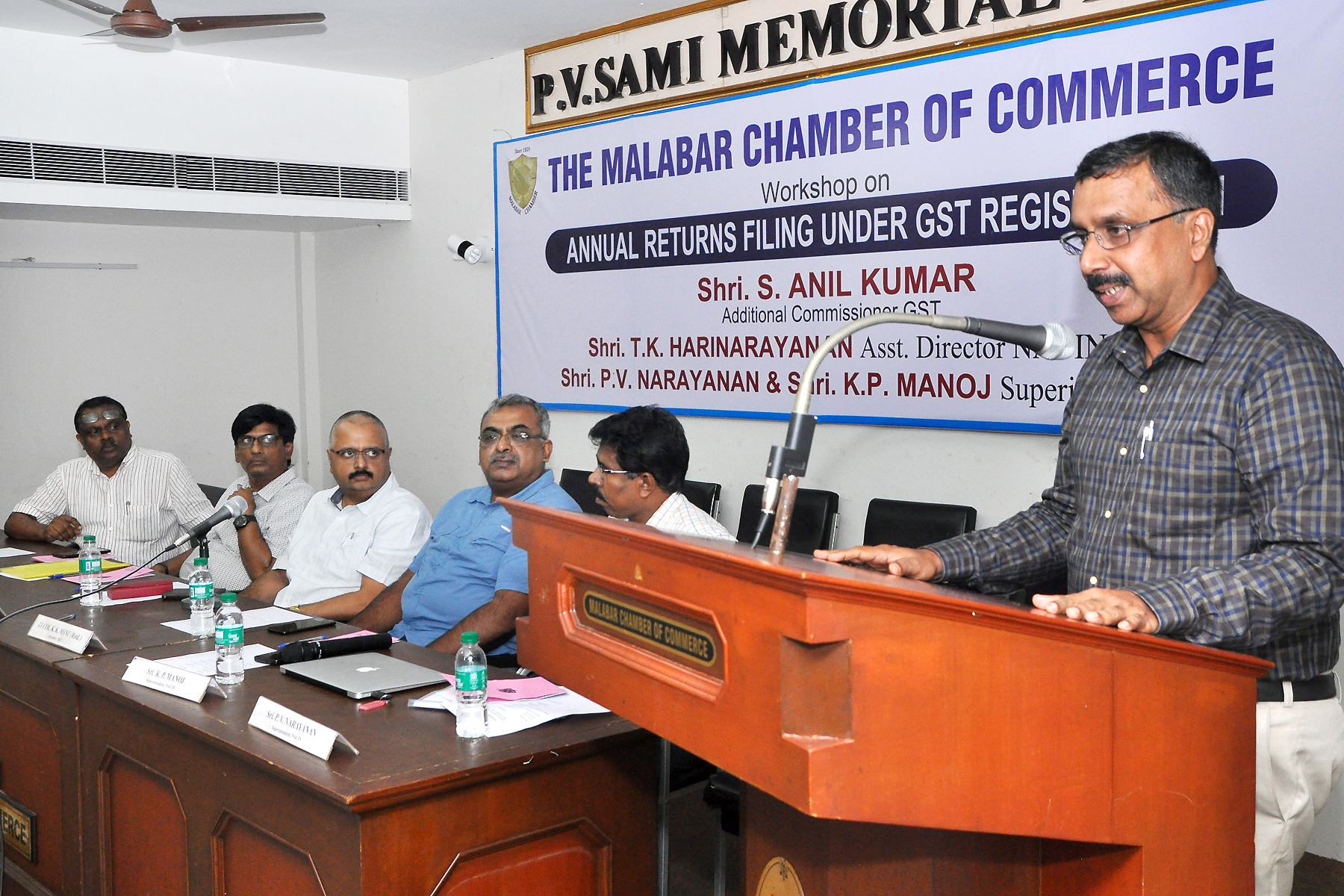 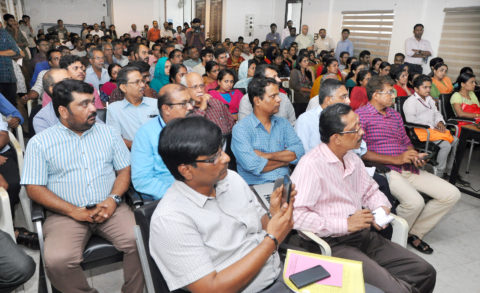 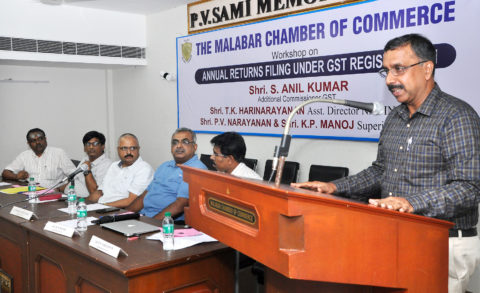 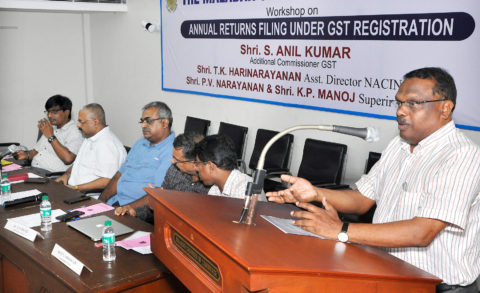 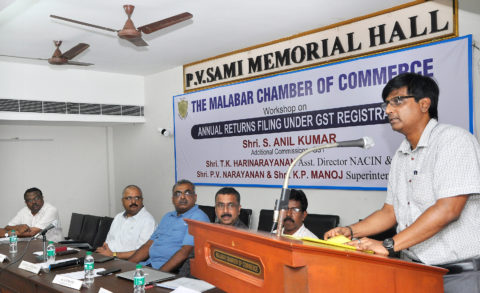 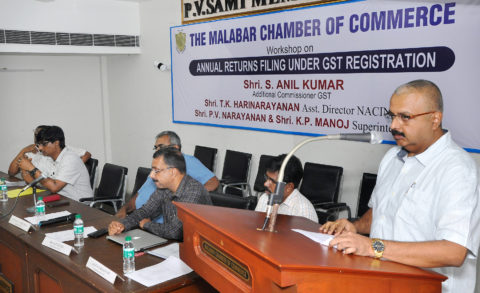 Sri. A. Shyam Sunder, President chaired the meeting. He welcomed the gathering. He said that the last date for filing of Annual returns of GST has been extended for one month, ie. end of July. The year recorded the highest tax collection with regard to GST.

Mr. Anil Kumar S, Additional Commissioner, GST Calicut inaugurated the workshop. He said that it seems that there is good response for the invite for the workshop, though it was of short notice. Complete computerization will be completed within 2 years in the office. Recently many items coming under the list of goods having highest tax rate has been brought down to lower tax rate. No business transaction should be left unrecorded neither to a customer or a merchant. GSTR 9 is the annual return. It is actually a rectification return and a consolidating one. He said that he had joined Calicut office just 8 months ago.

Sri. T.K. Harinarayanan, Assistant Director, National Academy of Customs, Indirect Taxes and Narcotics (NACIN) said that filing of GSTR9 is just consolidation of all returns filed by you and submitting as Annual Return. Those who have TDS or TPS need not file GSTR9. Those who are having a turn over less than 2 crores annually need not file GSTR9 form.

Sri. P.V. Narayanan, Superintendent of Central Taxes and GST said that the
Annual Return of an ordinary assessee is called as GSTR9. Those who have  opted for compounding has to file Annual Return in GSTR9A. For Chartered Accountants the form is called GSTR9C. All those assesses who have filed monthly GST Returns has to file GSTR9 forms.

Sri. K.P. Manoj, Superintendent of Central Taxes and GST made a power point presentation. He said that details of all outward supplies or sales and inward purchases should be recorded in the GSTR9 forms. If you forgot to include any transaction during previous year, there is a provision to include all those transactions in the current year. Separate forms are there for purchase and sales. If you have issued Credit Note or Debit Note, it should also be recorded. If there is a difference of more than 20%, compared to the system at the office, returns will have to be revised according to that of the system. You can collect refunds or adjust in the tax to be paid in deemed exports. In the service sector, if you have collected any advance, you will have to pay tax. This tax will either be refunded or can be adjusted in the tax to be paid. Table 4 is those items for which you need not pay tax. Table LOT is for those concerns in Special Economic Zones (SEZ) and Table A is for all others. Those assesses who are suppliers and has a turn over more than 1 ½ crore, should show the HSN Code in Bill. You are bound to pay a fine of Rs.200/- per day in case there happens a delay in filing of annual returns.