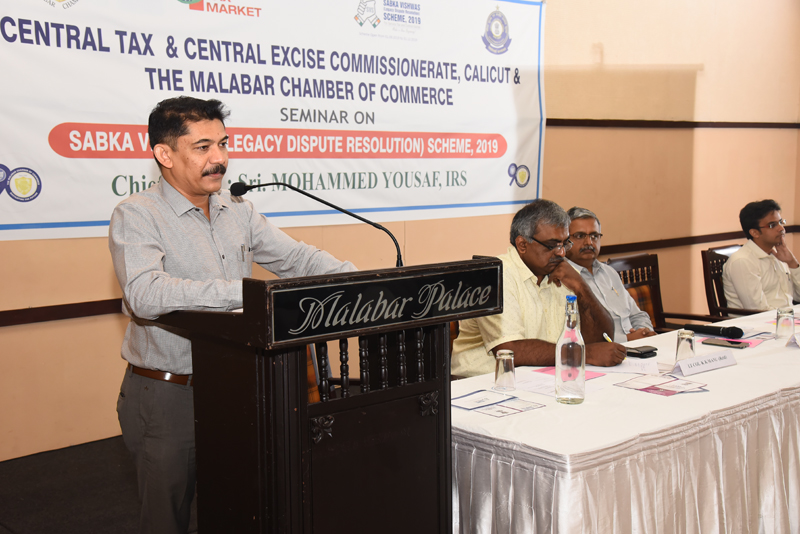 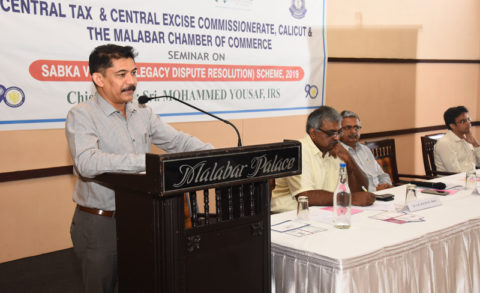 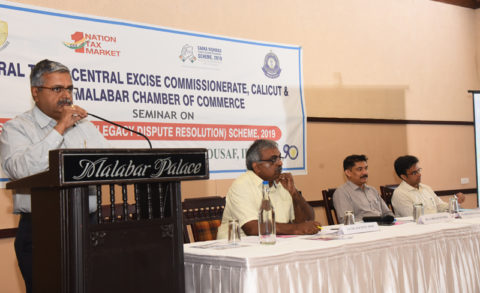 Sri. A Shyam Sunder, President chaired the meeting and welcomed the gathering. He said that this Scheme was declared in the last Budget by Hon. Finance Minister and implemented from September 2019 upto 31st of December. Already settlement, amounting to Rs. 6000 crores have been completed by now. The scheme is very attractive and all the interest and penalty will be waivered alongwith a waive in the disputed amount.

Sri. Mohammed Yousaf IRS., Commissioner of Central Tax and Central Excise, Kozhikode inaugurated the seminar. He said that united we stand and separated we fall. Peace is very crucial everywhere. Though a lot of amnesty Scheme were introduced during the last 25 years, were not successful since the relief given were only on interest and penalty and not on disputed amount. Such an enormous relief had not been given so far. This is a revolutionary scheme. If the disputed amount is below 50 lakh, you need pay only 30% and interest and penalty will be waivered. In certain cases it can be seen than interest exceeds the principal amount.

Sri. Vinayak Bhat IRS, Joint Commissioner said that a huge amount is blocked in dispute. The scheme began on 01.09.2018 and will end on 31.12.2019. All can come and avail this golden opportunity and get relief from all litigation and penalty proceedings. In cases where show cause notice has been issued by the Department, it can not be settled. Dispute regarding Petroleum products and tobacco can not be settled. If the disputed amount is less than 20 lakh, apart from waiver of interest and penalty, 70% of disputed amount will be waived. Cheques will not be accepted. Only cash or electronical transfer.