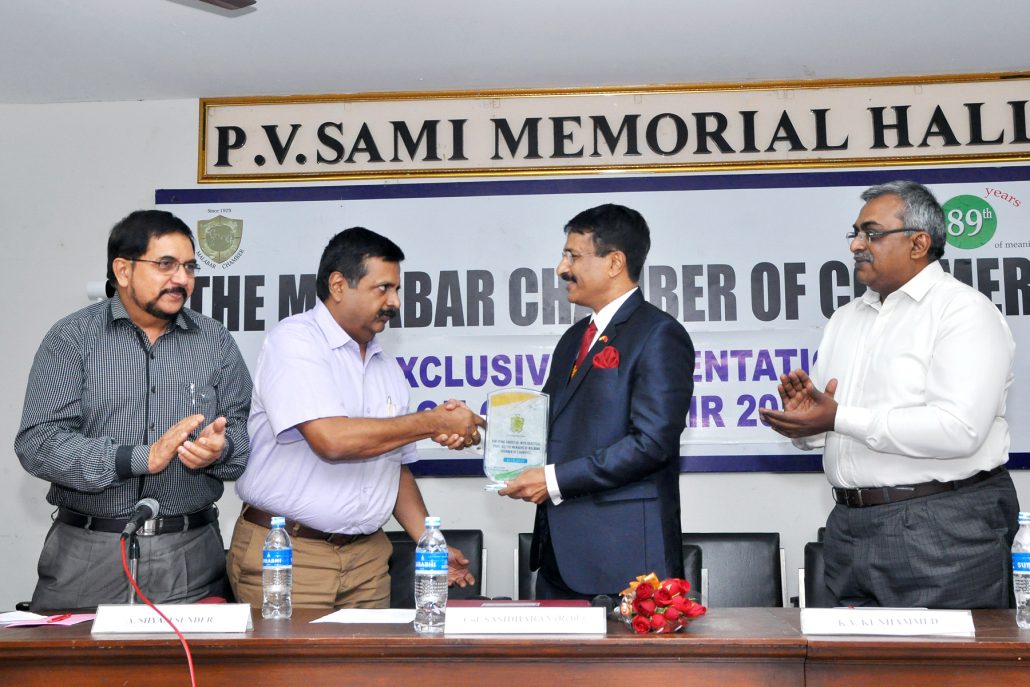 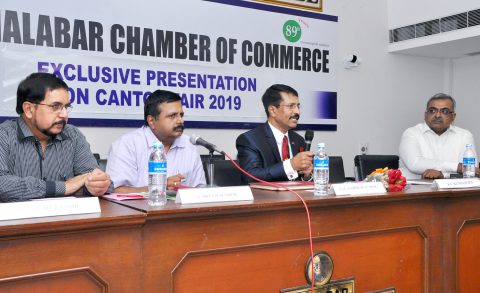 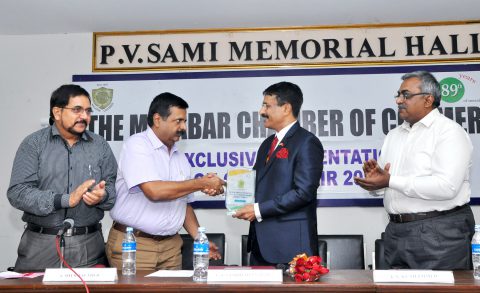 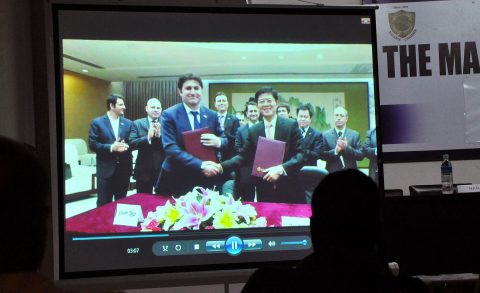 The program began with silent invocation.
Sri. MPM Mubashir welcomed the participants gathered at the auditorium.
Sri. A. Shyam Sunder, President chaired the meeting. He said that amoung the objectives of Malabar Chamber of Commerce, one of the important one is promotion of business and trade. Now a days lot of trade fairs are being conducted, which promotes business on a large scale.Technology upgradation is done mainly seeing the trade fairs and studying about latest technologies in the respective fields. Canton Fair is one of the largest trade fairs being conducted every year successfully.

Col. Sasidharan from the China Foreign Trade Centre made an online presentation about the conduct of Canton Fare jointly with Tibro. Col. Sasidharan said that Chinese people are not allowed to visit Canton Fair and is exclusively for foreigners. A promotional video on Canton Fair was also displayed. He said that he had visited China 138 times. He said that he is a native of Kozhikode and has come back to the native place after a long travel. Every business man has to visit trade fairs, especially big and technology based fairs like Canton Fair. If a citizen of India describe about himself, he will say that I am a Bihari or Keralite. But if a Chinese describe about himself, he will say that I am a Chinese. Not as native of Shanghai or Goungzow. For the last 30 years China had recorded 9% growth. Now they are reducing the pace of their growth. By 2020, China proposes to establish 50 nuclear reactors. Railway development of China is at a high pace. It has got the best connectivity through flights, high speed trains, buses etc. and are frequently available. Indian manufacturers can also exhibit their products at the Fair.

There was an open forum in which Mr. Nayan J Shah, Mr. C.E. Chakkunni and Mr. Munshid participated.